Latest:
You are at:Home»Gardens»GreenSpace On 4th To Open At Long Last
By Mary on · Gardens, Green 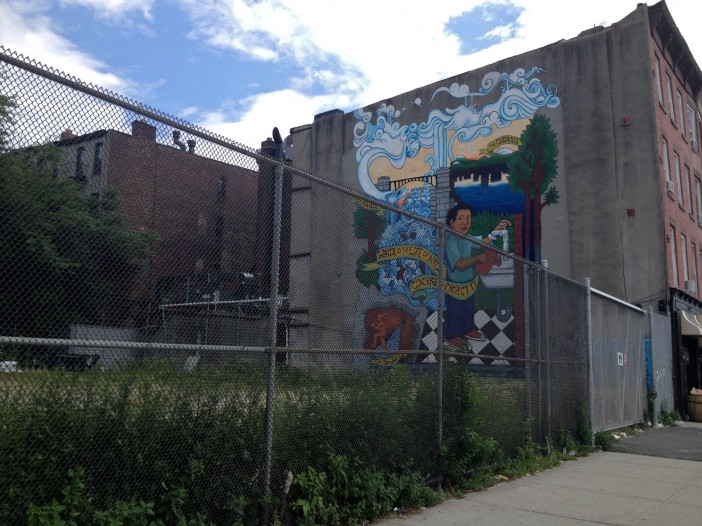 A garden decades in the making on 4th Avenue is finally opening its gates to the community this summer. The new GreenSpace on 4th, which will take over about half the empty lot above a watershaft for the Department of Environmental Protection’s Water Tunnel Number 3, is on 4th between Sackett and Union Streets, and neighbors are welcome to start signing up as members.

“Greening Fourth Avenue, once an oxymoron, is becoming a reality, with a major tree installation and planted tree beds, and now GreenSpace,” says Judy Janda, co-founder of GreenSpace, who has been working on this project since the mid-.

How it got to this point is a long and complicated story, as those bogged down in NYC red tape often are. Late, residents dealing with construction of the watershaft asked elected officials, Community Board 6, and the DEP that, as a consolation for the disruption, once work was done the community could have access to the property as a garden.

By the mid-, a group had formed to create a native plant community garden at the site, meetings were held to allow residents to share their ideas, and the project was given a Percent for Art grant, allowing the group to work with an artist on a model for the full site, which was approved by two CB6 committee and also viewed by the community. 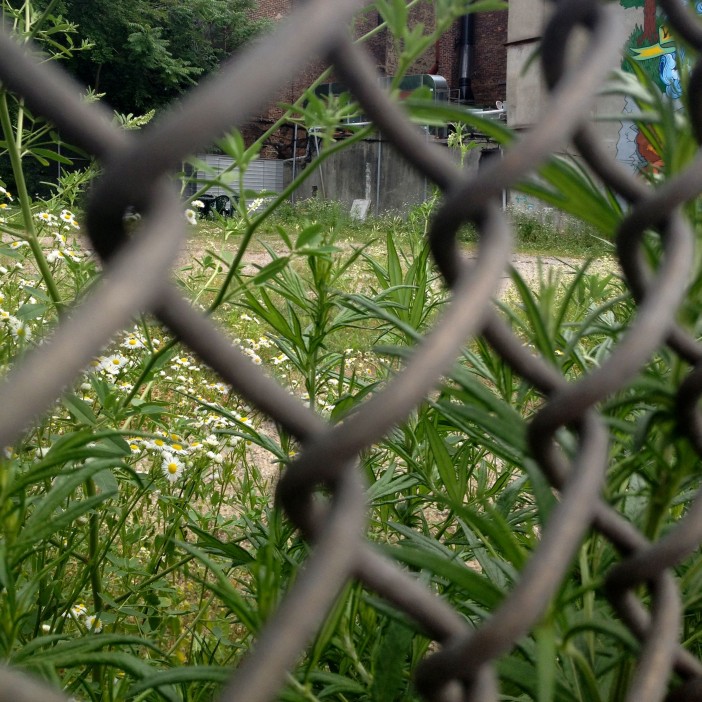 But the use of the space was still up in the air. After several back-and-forths with the DEP, it wasn’t until that they were able to discuss long-term interim use of the site by the community (covering a period until the DEP needed to work there again). After yet another hiccup — the shaft cap had to be repaired, which took two years — the community group got to the point of preparing a license, thinking it would all be ready to go by the fall of . But again, more delays — “some were ours and some had to do with the NYC Law Department review, twice,” Judy says — until finally the paperwork was completed in October. But oh, wait, one last delay, as the DEP hoped to hold a ribbon cutting with the outgoing Commissioner.

“As weeks went by, we pressured DEP to sign off and not hold us hostage to an event (which didn’t materialize),” Judy says. “On November 14, GreenSpace was given access.”

They’ve now got interim use of slightly less than half the site, with a two-year license that’s renewable — the shortest anticipated period of interim use would be through, but it also could be much longer than that.

So what are they going to do with this big, wide space that gets so much light? Judy, who lives in the neighborhood and is an experienced gardener herself, having worked with Garden of Union and GreenSpace @ President Street, and in her own backyard, explains it’s all about native plants.

“We wanted to create a native plant garden, using sustainable practices, to demonstrate to others what these plants look like, how to use them and grow them,” she says. “Some native species are being lost to development, some lost to invasive exotic species. Our eco-system has evolved with a flora-fauna dynamics and interdependencies, which we do not want to lose.” 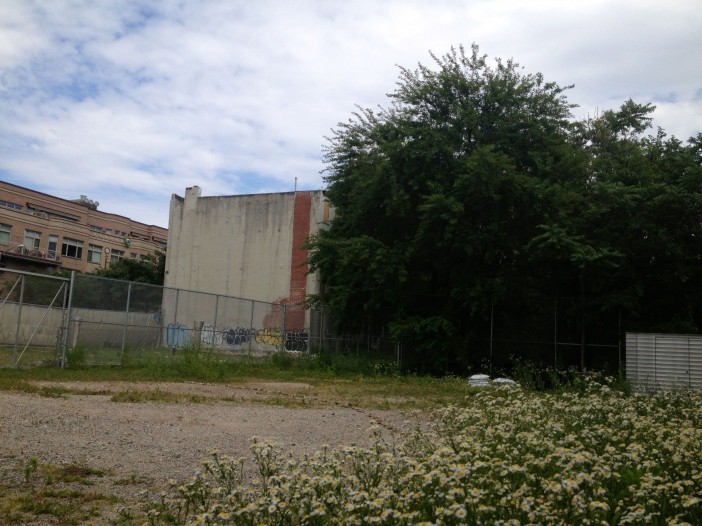 One complication to this approach may be convincing neighbors to get involved — many people who think about joining a local community garden, like most of the ones we already have in Park Slope, do so because of the prospect of growing and eating tomatoes, cucumbers, and more.

“Being a native plant garden makes it more difficult to attract members,” Judy says. “Growing one’s own food has a magical and practical attraction.”

But if you’re looking to dig in the dirt and meet some neighbors, this is a great place to do it, because you’re starting from scratch. Members will help create the garden this summer and fall — from construction, to preparing the growing beds, removing stones that would obstruct drainage, moving soil, tending to the nursery, helping to water, planting, keeping the garden free of litter, and manning its open hours. Or, you can help out in a number of other ways that may not even involve a shovel.

“Garden members may have any or no experience, and one doesn’t have to garden to be a member,” Judy says. “If one has special skills and various related interests, that’s another way of being an involved member. We can always use members’ architectural, legal, fundraising, graphics, website, organizing skills, vehicles.”

Once the new garden is established, the native plants will likely survive with minimal attention, and the garden will be more like a park in terms of community use, while gardeners will tend a plant nursery, growing out plants for the garden, for tree beds, and for sale to raise funds for maintenance and to get the plants out there and in use.

“All of the people recently expressing interest in the garden live very nearby in the surrounding blocks,” Judy says. “We anticipate a handful (or two) of members who can be active in various ways, including keeping open hours so that non-members can come in and enjoy the space, learn about the plants, bring their children, a dog on leash, read a book, etc.”

They’ll also do a all leaf and holiday tree collection, they hope to construct roofs for collecting rainwater, they’ll give tree-care and other workshops, they’d like to offer some summer activities for children, and more.

“We would like to have a little demonstration section for a Native American food garden (corn, squash, beans, tobacco) using species that would have been cultivated in the past in this region,” adds Judy. 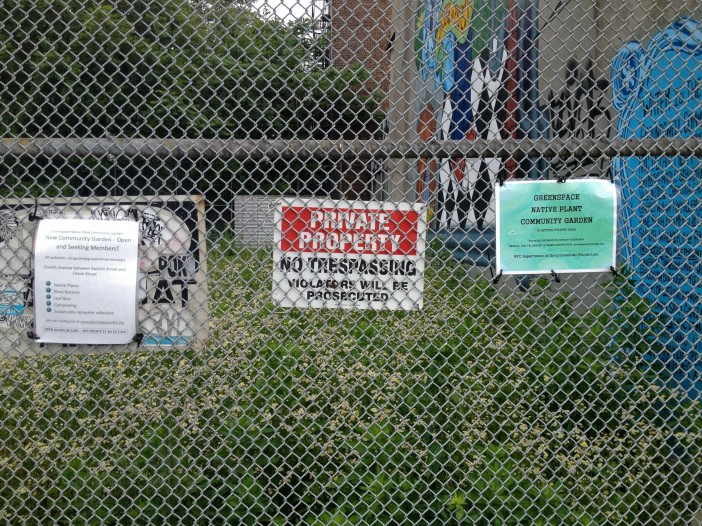 As garden membership develops, the group will be able to decide on how to organize for meetings about garden issues, or GreenSpace, Inc, the licensee, may open its small board meetings.

“We have a few volunteers from local gardens, and work with a few other community organizations, but, mostly, we need a core group of people able to be active on the site, wanting to get involved from scratch,” Judy says.

There are other challenges - raising funds for the basic start-up needs, getting the site prepared for gardening, working with physical site restrictions imposed by the DEP, and more — but one thing that’s been compelling for Judy and the rest of the group has been being a new part of a rapidly growing part of the neighborhood.

“We like having a garden in ‘upSlope Gowanus’ on Fourth Avenue with all the issues of development, increased population density and diversity, traffic safety, rainwater issues in the Gowanus basin,” Judy says. “The community around us is changing, and we want to be relevant to diverse needs and interests.”

If you’d like to get involved, stop by the garden during their summer open hours on Saturdays from 11am-1pm.