Latest:
You are at:Home»Real Estate»Meeting Tonight About Plan To Turn Union Street Garage Into Luxury Rental Building
By Mary on · Real Estate 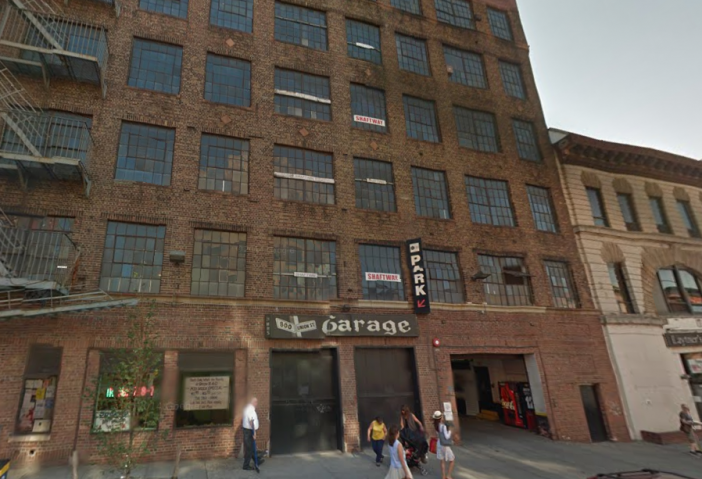 Tonight, Thursday, June 26 at 6pm, the Landmarks/Land Use Committee of Community Board 6 will be holding a public hearing about a potential new residential building at 798-804 Union Street, just off 7th Avenue. Currently a 260-car garage (where spots reportedly fetch up to $80,000 per year), the owner hopes to build a 6-story, 28-unit residential building.

John Derow, a Union Street resident, attended the first CB6 meeting in May where the project was presented, and expressed concerns over what he calls a lack of concern for the neighborhood on behalf of the developer.

“The presentation by the developer claimed that the 28 luxury residences and 7000+ square feet of street-level retail (likely slated for a national chain store) would benefit the neighborhood, but failed to indicate how or why,” he wrote in an email. “There were numerous other failures to follow, such as the failure to indicate how their plans would impact traffic on Union Street or in greater Park Slope.”

It’s not just traffic that’s a concern to neighbors, but how the addition of residential units might impact an already crowded, popular local school, and what the effect will be on current and future businesses.

“It would be 28 additional families into the crowded 321, the retail would increase traffic, the garage would be gone, and two long time small business closed,” said a neighbor who contacted us to encourage locals to attend the meeting.

The meeting will be held at the Prospect Park YMCA at 357 9th Street, and it is open to the public.