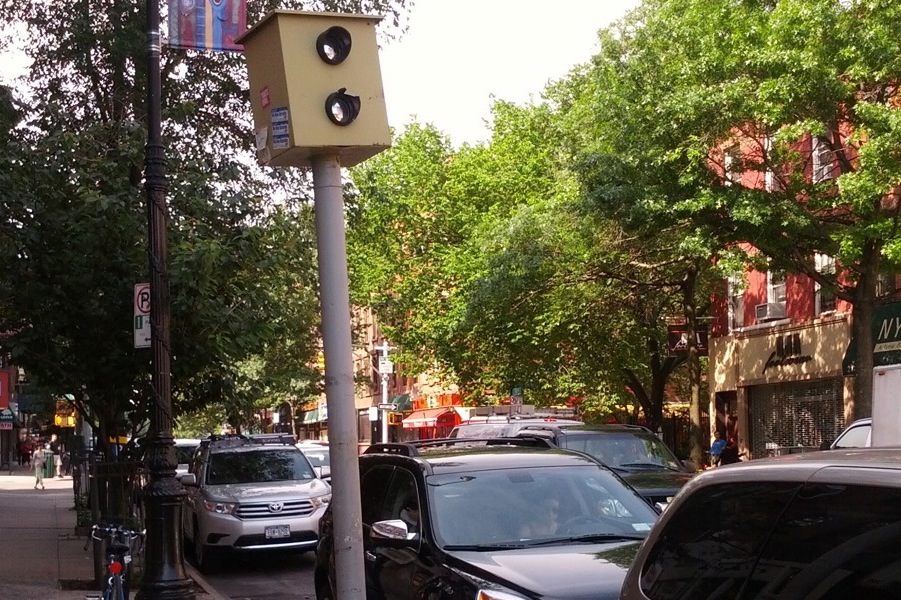 If drivers know where all the red light cameras are, do they stop being as effective? Or does that actually help them calm traffic? These could be reasons the city has seen a significant drop in tickets being issued by the cameras — down from 668,709 in 2012 to 575,176 in 2013, according to records the Daily News obtained.

Still, the city says the cameras are helping. The Department of Transportation tells the Daily News that there’s been a 20% drop in injuries to pedestrians at intersections with red light cameras, and the mayor is trying to expand the red light camera program.

One place where some neighbors in our area would like to see a red light camera is at the intersection of Flatbush Avenue and Sterling Place. The Sterling Place Block Association has started a petition to request one.

“Cars and vans regularly run red lights at the intersection of Sterling Place and Flatbush, sometimes coming through 2-3 seconds after the light has changed,” the petition reads. “It’s only a matter of time before someone is killed.”

For the past few months for which data from the NYPD is currently available online (September through February, but excluding December and January), this intersection has seen six vehicle collisions that resulted in three injuries to passengers. During those months, there were no collisions reported involving pedestrians or cyclists — still, according to the Tri-State Transportation Campaign, Flatbush Avenue is the most dangerous road in Brooklyn for pedestrians.

So do you think red light cameras, if they’re not issuing as many tickets, are still doing their job, and if so, do we need more in our area?