Latest:
You are at:Home»Transportation»Watch Out For No Parking Signs Along Sunday’s Parade Route
By Mary on · Transportation 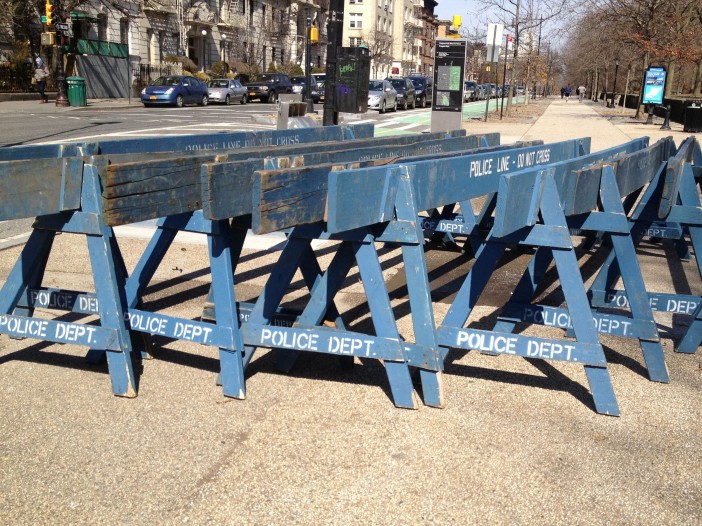 The Brooklyn St. Patrick’s Day Parade returns for its 39th year on Sunday, March 16, which means not just bagpipes and dancers, but also some rolling road closures and no parking along some streets during the parade. We spotted no parking signs along Prospect Park West and Prospect Park Southwest, but just keep an eye out for those green signs (clever, if maybe not intended) telling you where not to leave your car tomorrow between 12-6pm.

Bands and marching units will gather on Prospect Park West between 9th Street and 15th Street, and here’s the route of the parade:

Prior to the parade’s start, a re-dedication ceremony to 9/11 heroes and victims will take place in Bartel-Pritchard Square at 12:45pm.