Latest:
You are at:Home»Police & Fire»Wheels Stolen From Car On 5th Street
By Mary on · Police & Fire 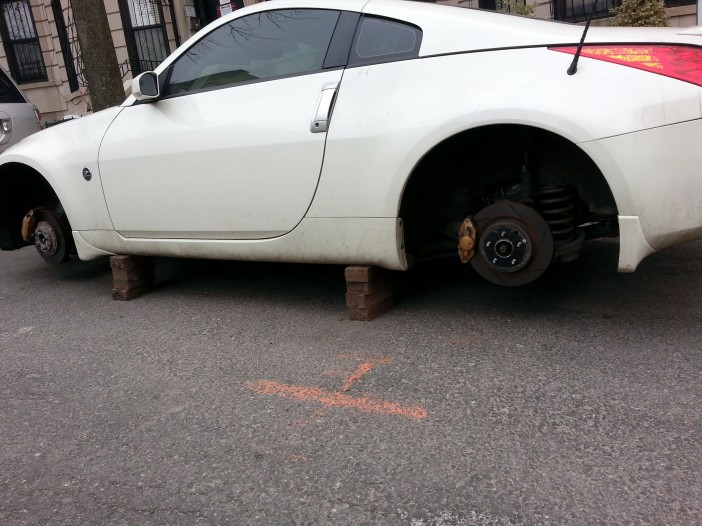 Has there been an uptick in stolen car wheels in the neighborhood lately? Neighbor Michael Weinstein sent us this pic of a Nissan 370Z up on bricks on 5th Street between 7th and 8th Avenue, which he spotted over the weekend.

Earlier this month, FiPS reported a Mercedes had its wheels stolen while it was parked on Prospect Park West.

According to the most recent CompStat report ending the week of March 16 for our 78th Precinct, grand larcenies (which is what this would be classified as) are down overall for the year compared to the same period in 2013. That’s probably not any consolation to the owner of this car, though.

Has anyone else noticed more of this in the area recently?