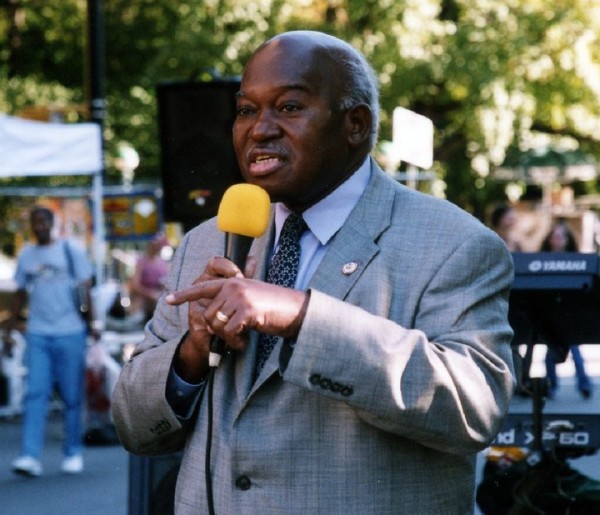 Major Owens, who served Brooklyn — including parts of Park Slope — in Congress from 1983-2006, passed away last night at the age of 77.

Owens, who was known to fight for education, civil rights, and economic equality, was in our area notably critical of the Atlantic Yards project. He earned the nickname the “rappin’ rep” because he occasionally rhymed on the house floor. In 2005, the Colbert Report spoke with him about that and more in a Better Know a District segment.

Owens is survived by his wife, Maria, and five children.