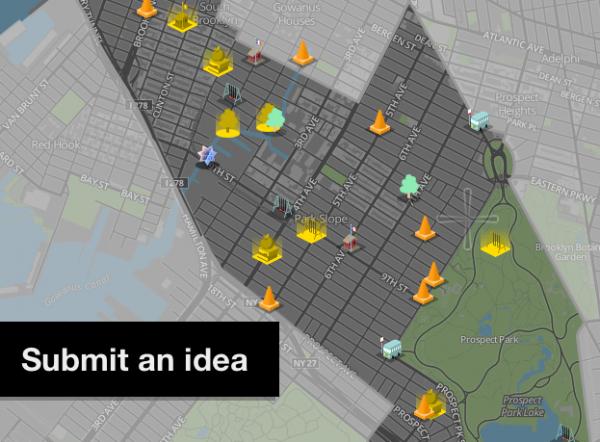 It’s the third year of participatory budgeting in District 39, and Councilmember Brad Lander now has a website where you can enter ideas and show your support for ones others have suggested.

Anyone can post ideas, whether you live, work, or even just pass through the district. Eligible ideas must be for “capital” projects: i.e., physical infrastructure for public benefit, such as park improvements or new technology for schools. “Expense” projects, such as after-school programs or expanding bus service, are not eligible.

So far, ideas on the map in our part of the district include after-hours drop boxes for the Park Slope library, installation of bioswales to handle runoff from PS 321 and its playground, and wayfaring signs along 5th Avenue.

All ideas must be submitted by November 3, so start adding yours now! And for more info on upcoming assemblies and how you can get more involved, check Lander’s site.