If de Blasio Wins, Should He Stay In Brooklyn? 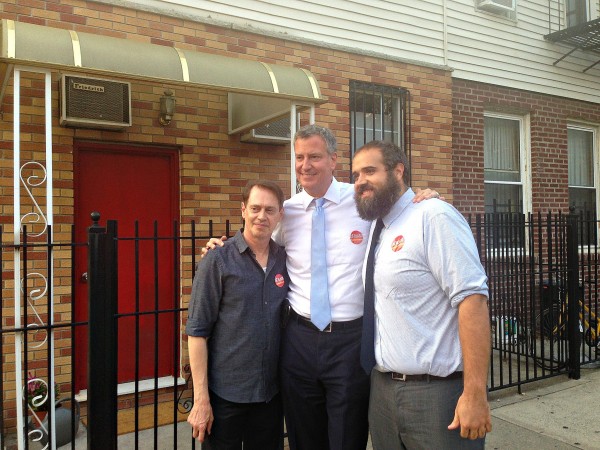 He cast his vote at the Park Slope Library, his local polling place, this morning at around 10am, and his campaign will host a party tonight at the Park Slope Armory. He’s touted his experience with kids attending NYC public schools, and has made appearances in the neighborhood. Throughout his campaign, mayoral candidate Bill de Blasio has shown his Park Slopeyness — but if he wins, what happens to that neighborhood cred?

Today in the Daily News, Denis Hamill makes the case that if de Blasio is to win, he should skip moving to Gracie Mansion and instead stick to his home of 13 years, a place Hamill contends would help keep a mayor grounded:

There can’t be a better way to keep in touch with the real concerns of your city, Bill, than by staying put on 11th St. where my friends and I, like your kids, learned just about everything anyone ever needs to know about life.

Stay put and your neighbors will let you know — on the way to the dry cleaners, sitting in Little Purity Diner, shopping at the corner grocer or eating a slice at Smiling Pizzeria — what’s on the city’s mind.

So what do you think? Would you like to see a mayor as your neighbor?